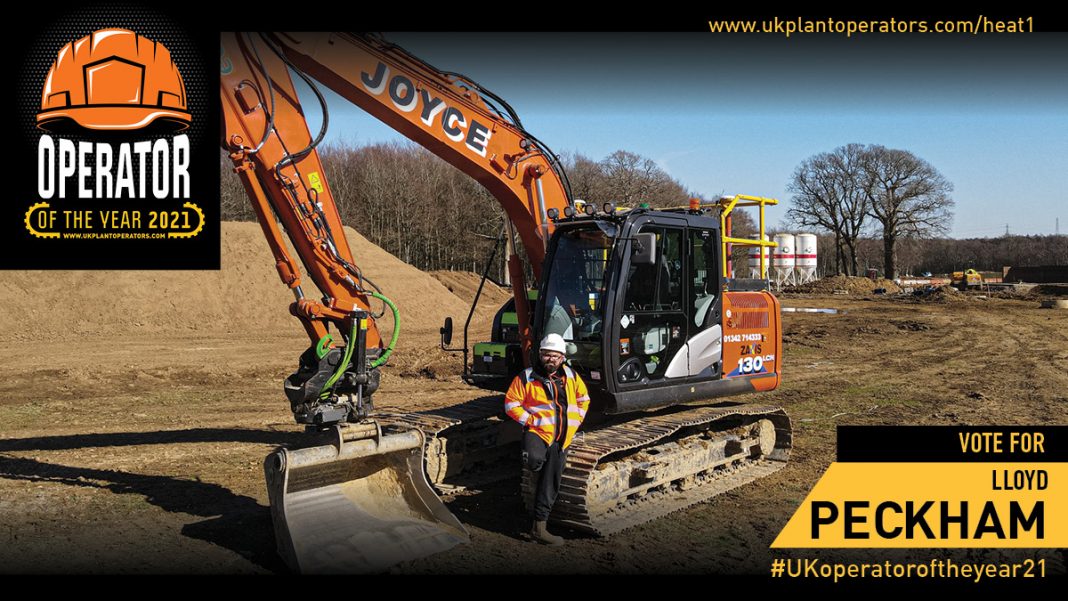 What area are you from?

I live in Brighton East Sussex.

What machine and equipment are you using?

The machine I currently operate is a hitachi zx130-6 with Steelwrist and Trimble earthworks. . But on the weekends I operate Komatsu RRV’S

I grew up on a farm and was always around machinery at a very young age but the one that always stuck out for me was excavators. So I always wanted to be an operator!

So as I mentioned before I grew up on a farm and that was my first real job as such. At the same time I was in college studying carpentry. I worked for a small builder doing loft conversations and  extensions all aspects really but he would always get me to dig the footings etc because he knew I could operate a machine. Then I moved on and worked for a small ground works company called BERSCO. They did all aspects of groundworks just on small scale. That’s where I got my experience on the ground as a ground worker but I’d still be in the machines aswell. Then the Work started to dry up, so I moved onto rabbit skips in lancing where I spent about a year I was on a liebherr 924 waste handler loading a shredder which feed a incinerator and what was burnt was converted in the power for the national grid ..

I didn’t really enjoy it towards the end so I reached out to a company called Penfold Verrall. They do earthworks and restoration work. They was kind enough to take me on and put me through my cpcs tickets . With Penfold I was on a restoration tip operating hitachi 210 & 250 loading screeners, adt’s and placing soils on the liner building up for topsoil ready for seeding. I also got to turn my hand to dozers and ADT’s. I enjoyed this work but something was still missing for me.

So I went and done my training with L&W contractors which was a railway firm to operate RRV’S on the weekends. I’m still here till present ! ..

At the same time I moved to Blanchard wells and was on a hitachi zx130 during the week. This was the real beginning of site work for me and I loved it! Foundations, roads, drainage! I done it all.. But the work was getting further and further away. So I got a number for Joyce Groundworks and gave them a call but they didn’t have anything at that time. So I just carried on for a few months then I received a phone call from Joyce asking if I still wanted to move which I did!

So 3 years later I’m still with Joyce Groundworks and can honestly say I think I’ll be a lifer! With Joyce I do all aspects of ground works. Roads, deep drainage, attenuation tank ponds,  swales everything really! Foundations are probably one of my favourite tasks to do now especially with the Trimble gps and the newly added Steelwrist !  ..

When you are not operating machinery what other past times do you have ?

I’ve always had motocross bikes and used to go riding whenever I got a chance. I was also into the gym as well, but with a young family and working a lot that’s kind of slowed down. So now I spend my spare time with my family and my kids. We’re always up to something on the days I have off.