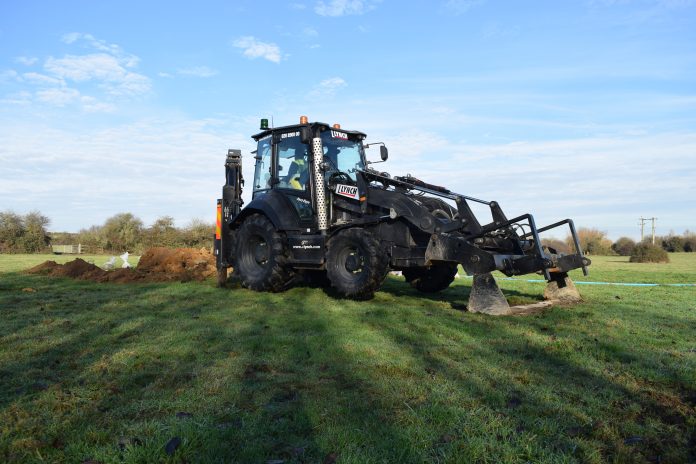 Where is she now!!

For those of you who know us at UK Plant Operators know we have a special connection with this fantastic machine, and those of you who don’t, well here it is the famous CAT 432F2 Backhoe loader and a very special machine it is too, 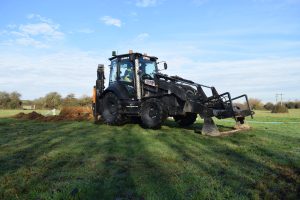 On September 24, 2015, Caterpillar’s Building Construction Products (BCP) Division Desford facility kicked off the celebration of 30 years of backhoe loader production at the facility with a two-day anniversary event. Customers, dealers and employees from around the globe gathered at the Leicester facility to mark this milestone occasion and see launch of the 30year anniversary CAT 432F2 backhoe loader.

After further special presentation at the world famous plant show Bauma 2016 The lucky new owners L Lynch Plant hire & Haulage were presented with the keys for this special machine.

The 432 was then hurried off to Scotland to start a very special challenge Called Ripping Up The UK where the machine was driven over a thousand miles to Lands End to generate funds for SNAP Cannock and children with special needs. Which the team completed within the target 7 days and raised a massive £17,000 for the said charity.

Where is She Now 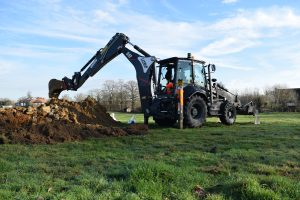 After a brief visit back to the factory for full system check and fitting of the new fork attachments and new Hill Tefra QUICK HITCH. It was presented to long serving plant operator John Skeffington,

John has been an employee of lynch plant hire for a staggering 22 years, based in the London area John has been operating all types of machines for Lynch,  but john’s weapon of choice in this time has always been the stable backhoe loader sometimes JCB but mainly the CAT 432, 444, machines.

John was very happy to receive the keys for this machine and here he is operating the machine in central London working for a company called Furgrow LTD a local ground engineering company,

Pictured above although it looks like John is just digging up a random field this is far from the case, he is actually digging 4.5m holes for filtration tests as part of the ground survey for the upcoming HS2 project. 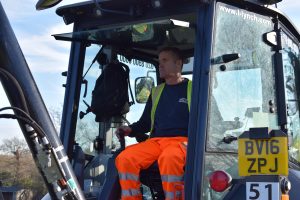 John talks about his new machine, “ Im very happy and proud to be the operator of this machine especially as its done so much good already in its short life,  well done to the guys on completing the challenge.  You would never know its doe all those miles,  the CATS are a lovely machine inside and out, its nice after all y hard work over the years to be rewarded with such a nice machine”.only an operator will know what I mean, I get looks of envy everywhere I go, people even taking pictures while I’m in the shop getting a newspaper in the mornings.

Peri Faye is the name on the side which is actually named after one of the children who attend SNAP Cannock soft play centre for children.