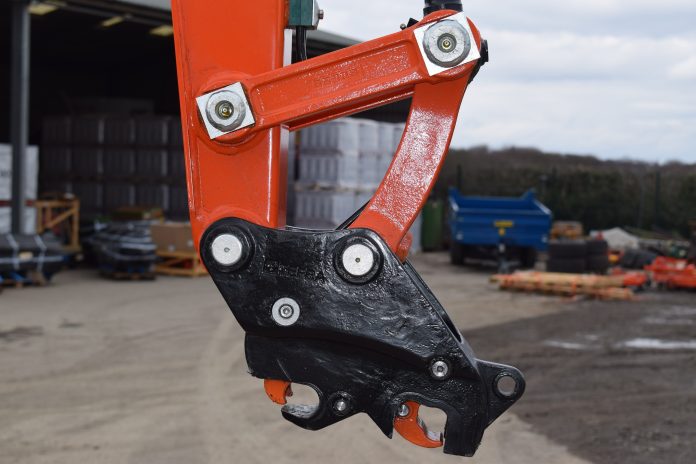 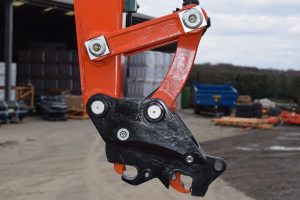 The new fully automatic hydraulic 2T mini coupler is aimed at the ever-increasing mini excavator market and is based on the original TEFRA, which since its introduction in 2012, has transformed health & safety on construction sites around the world – TEFRA’s dual safety features are unique within the industry and with only three moving parts – it has proven to reduce downtime extensively and make customers more productive in their operations. 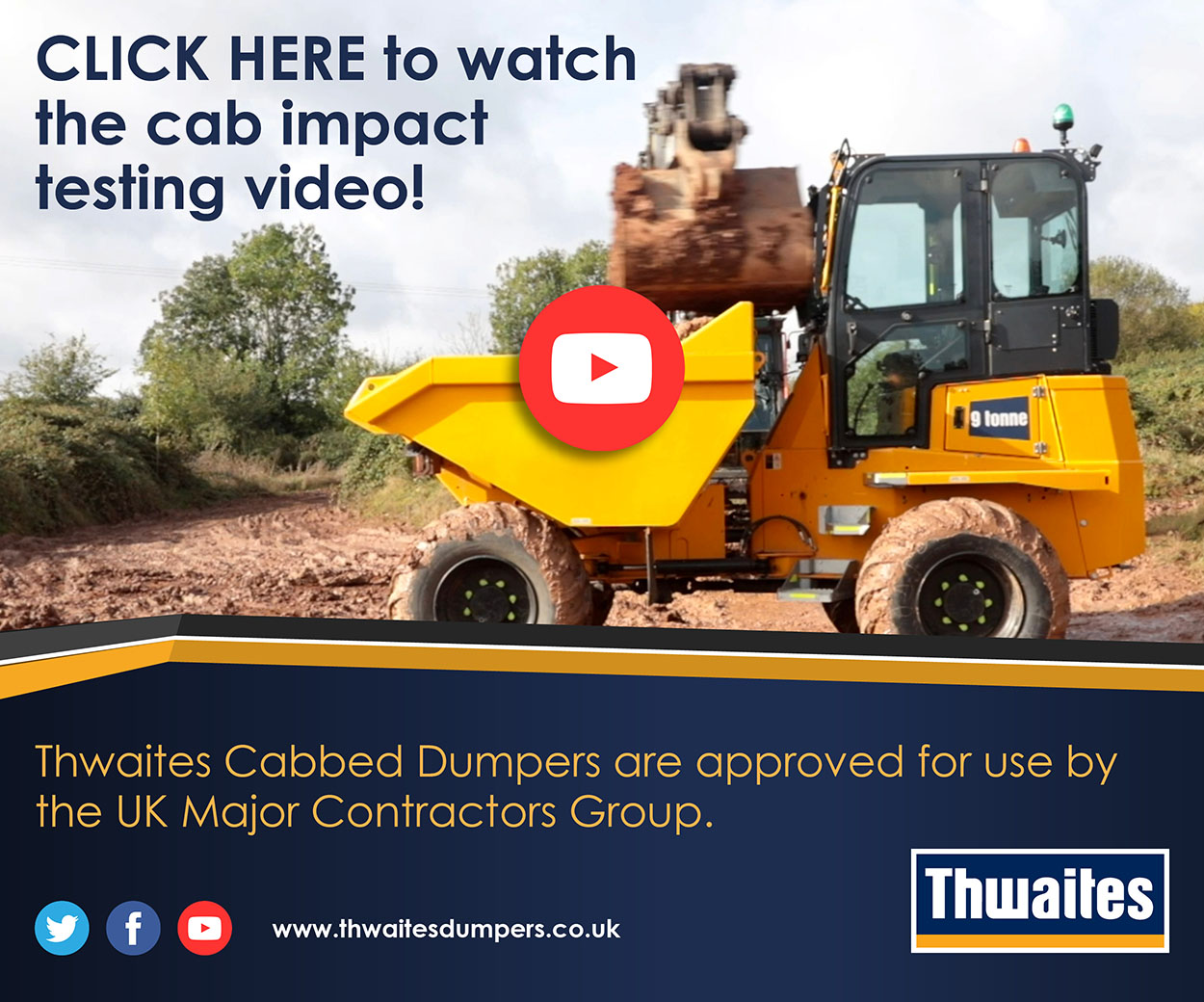 The safety systems in the TEFRA eliminate one of the most dangerous aspects of handling attachments, which is the risk of attachments coming away completely. Hill Engineering solved this by using a positive locking system rather than a gravity locking system, making the crucial safety feature ‘active’ and not ‘passive’ in the way it works.

Hill Engineering’s engineering manager, Neal Loughran explained the design process behind the new mini coupler he said, “We decided to introduce this new coupler because of the number of requests we were receiving from customers – so its introduction was led by demand from the mini market.”

Neal continued, “The 2T coupler basically has the same components as the larger couplers.  We designed the 2T coupler frame to work around the already proven 3-tonne cylinder.  We now have a fully functional and working product that has been rigorously tested and has been well accepted.  We have already sold a number of these hitches to machinery dealers in the UK, including D.A Forgie, who are Kubota dealers based in Limavady & Lisburn, who bought the first one. JCB,  Kubota, Takeuchi & Caterpillar have also ordered a number of the new TEFRA’s for their Mini excavators. We will have our 2T coupler ready for the mass market by mid-summer.” 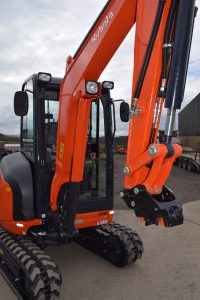 Hill Engineering’s sales & marketing manager, Oliver Phelan said, “We developed the new mini TEFRA as our customers were asking for a coupler that used the technology and quality of the larger couplers we manufacture – but one that would fit a mini excavator – so its introduction really was based around market demand.”

Oliver added, “We are extremely pleased with the design of the new 2T TEFRA and the customer feedback we have had to date has been very positive.  We are currently making variants of the coupler for Takeuchi, Kubota, JCB, Hitachi and Cat machines and we plan to expand to other brands in the future.”

Other Hill Engineering products on display at Hillhead will include the TEFRA Tilt, which is designed for customers who need the full functionality of a Tilt bucket but see the versatility of having the 180-degree tilt function on all of their attachments with a standard pin grabbing system.   The new ‘Thumb’ and the company’s bucket range which includes the TITAN HD (standard) and HDX (rock) buckets from 13T upwards. 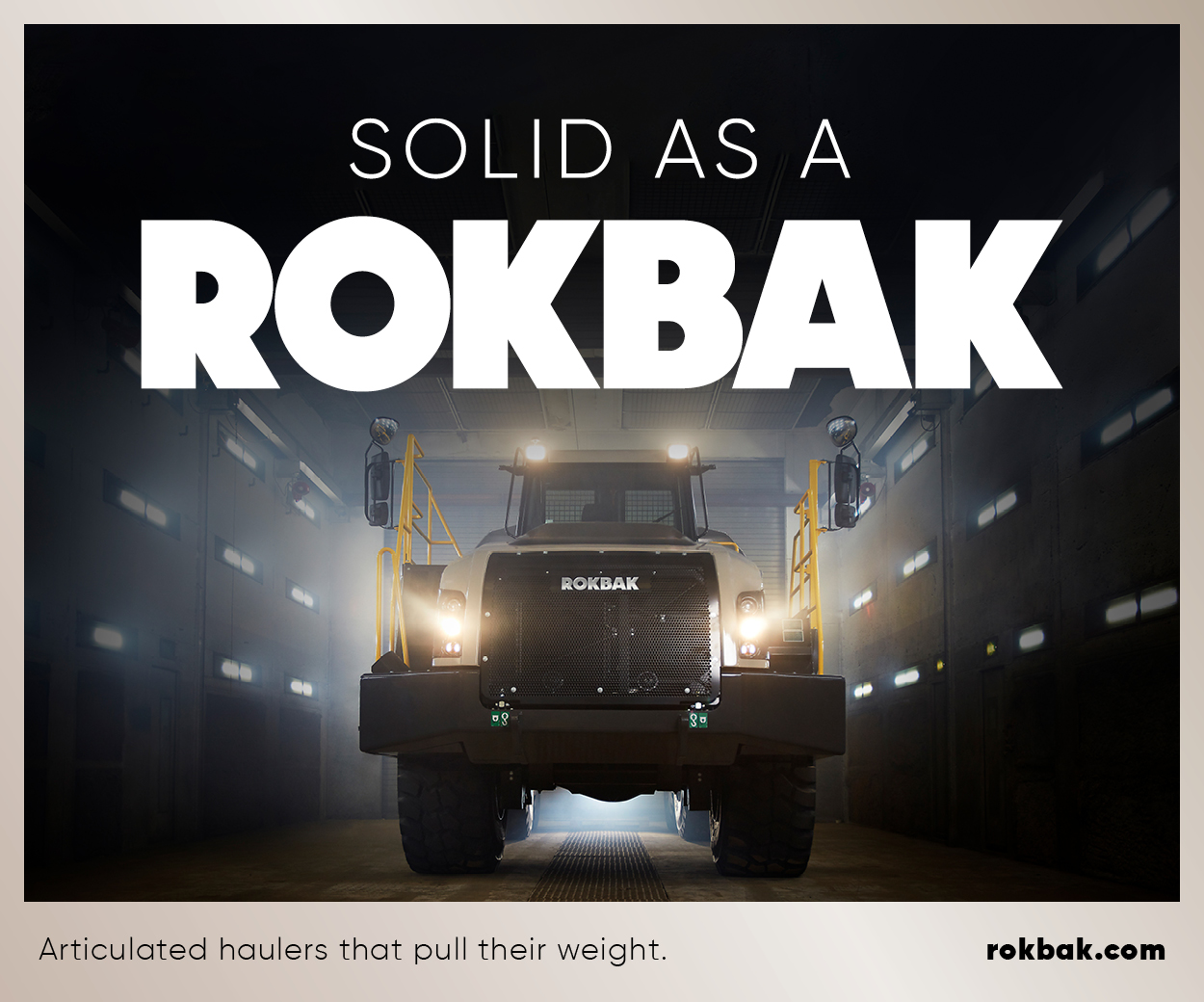