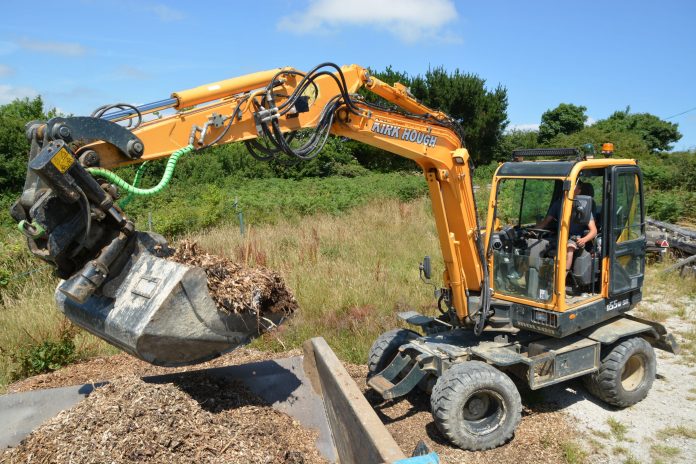 Cornish plant man Kirk Hough has developed a liking for the Hyundai brand over the past few years, having purchased his first 14 tonne class R 140LC-9A back in 2013, K Hough Contractors Ltd are now running four machines comprising two x HX140L’s, a 22 tonne HX220L and a R 55W-9A wheeled excavator which has become a really useful addition to the fleet, even surpassing Kirk’s expectations of it.

All of Kirk’s machines are Swedish inspired with the three tracked excavators featuring Engcon tiltrotators, while the ‘baby duckling’ was specified with a Steelwrist unit, but there is a lot more to this duck than meets the eye! 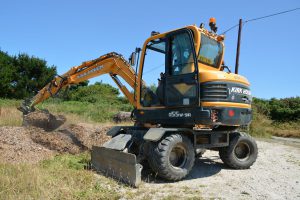 The seed of an idea for a baby duck was first planted in Kirk’s mind when about a year previous to buying the machine, he had travelled up to the Molson Equipment yard in Avonmouth to look at something else. At the time of his visit there were some roadworks going on outside the depot and working alongside a 5-tonne tracked mini excavator was a Hyundai R 55W-9A wheeled excavator, Kirk was quite taken by the machine’s ability, versatility and the speed it could move around, it just seemed to be a perfect little machine.  Kirk agreed a deal with Tom Wilson at Molson and signed on the dotted line. 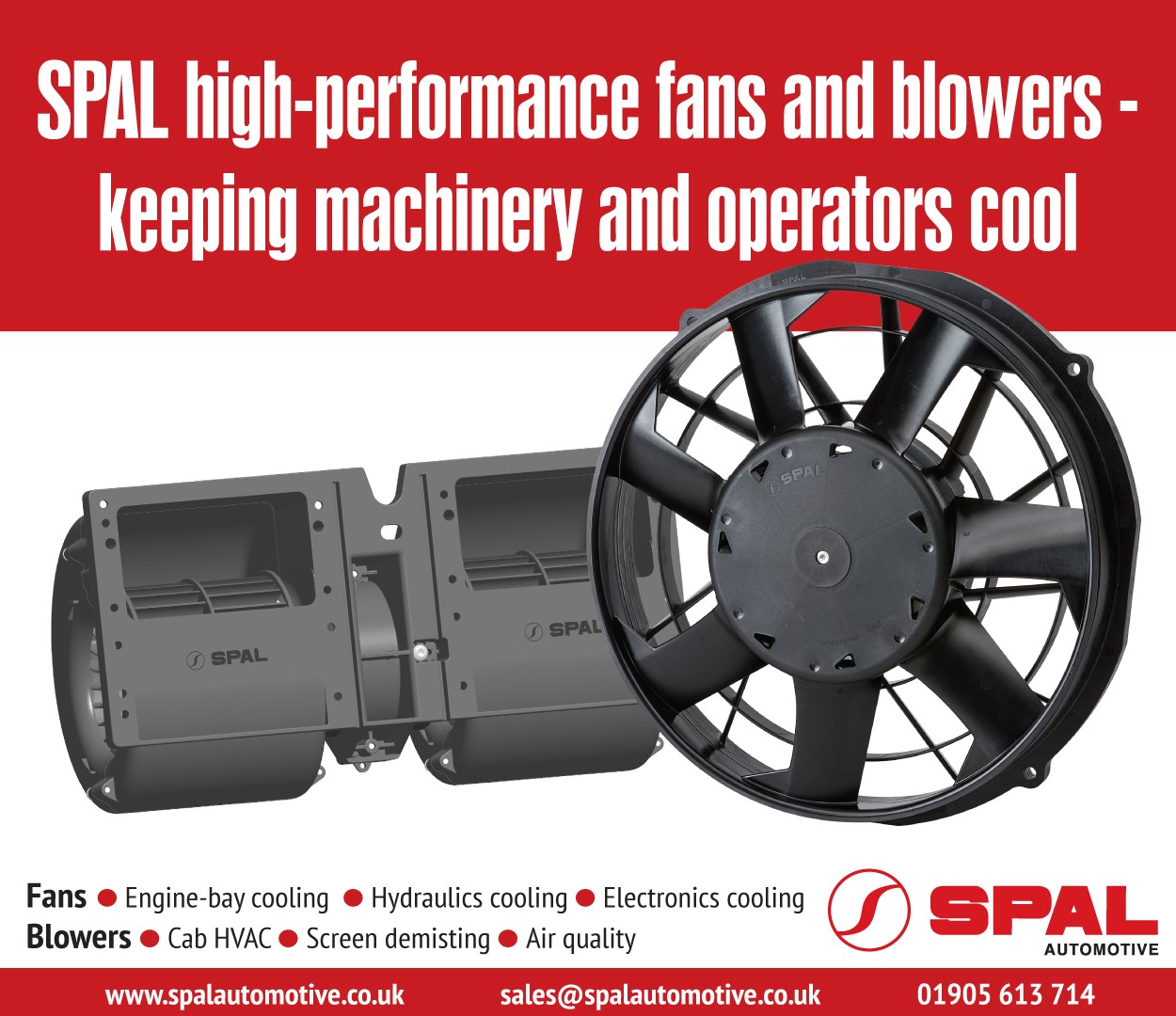 As a fan of the Swedish way of working Kirk had the machine specified up in true Scandinavian style. It has its own Ifor Williams trailer for which Molson’s fitted a towing hitch onto the blade. This is used to carry the machines arsenal work tools which currently include five buckets, grading beam, forestry flail and an auger.

The machine is powered by a 4-cylinder Yanmar 4TNV98 diesel engine which offers a power output rating of 50kw (67hp) @2400rpm. This compact offering gives a maximum reach at ground level of 6200mm while maximum dig depth is 3800mm with a conservative slew speed of 7.8rpm. Top travel speed on the road in high range is 30kmh (18.6mph).

Talking about the machines performance in general Kirk said, “I really cannot fault the capabilities of the little duck one bit. We used it on a job where we were involved in extending a school car park and renewing their main drainage system and it was just brilliant, excelling at everything we asked of it. If we didn’t have this machine the job would have been a lot harder than it was. It meant no issues with damaging kerbs or the paved surfaces, no damage to the grass areas and its speed and power in carrying materials around is just phenomenal, it easily handles a tonne over the side with no dramas!” 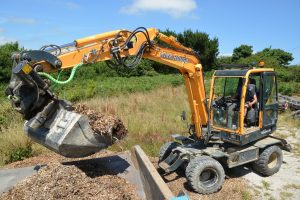 “We have used this machine on a wide variety of jobs now, from re-landscaping gardens to digging house foundations and loading trucks and it just copes with it all. Another bonus is that most of the time it travels to and from sites under its own steam as it is fully road legal.”

Kirk added, “It’s very hard to describe the Hyundai duck to customers before they have seen it, they always seem to be expecting a conventional wheeled digger. But once they have had it on site, they always remark about how great it is and most of them cannot understand why there are not more about”.

Kirk continued, “I really do enjoy driving this machine and, in all honesty, it would probably be the last machine I would get rid of, as it’s just so versatile!”.