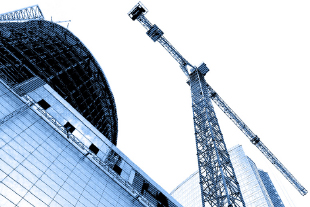 Construction is set for growth over the next five years – but delays to infrastructure projects like Hinkley and HS2 could put this at risk, warns a new forecast out today from the Construction Industry Training Board (CITB).

The Construction Skills Network (CSN) report, the UK’s most comprehensive construction forecast, predicts growth of 1.7% over the next five years, with 179,000 jobs to be created – a better outlook than was predicted immediately after the EU referendum.

However, it still represents a significant slowdown from last January’s report, with a reduction in output growth down from 2.5% and in the number of new jobs by 53,000.

The new 2017-2021 forecast suggests the fortunes of the post-Brexit construction industry are heavily dependent on three huge projects – Hinkley Point C and Wylfa Newydd nuclear power stations and High Speed 2 – starting main works on time. Infrastructure represents a massive 45% of all construction growth over the next five years.

Private housebuilding is the only other sector performing strongly, with predicted growth of 2.2% each year.

The CSN report shows there will be job opportunities aplenty, particularly for carpenters (+3,850 per year), electricians and insulators (+2,250), process managers (+2,150) and a range of IT and other technical workers (+5,240).

Steve Radley, Director of Policy at the Construction Industry Training Board (CITB), said:

“We expect construction to keep defying the economic headwinds, with almost half of its  growth coming from Hinkley, HS2 and Wylfa and other infrastructure projects.

“These huge projects give our industry a great chance to seize the initiative on skills and start investing in the next generation and upskilling the current one. So it’s vital that we don’t throw this opportunity away by allowing these projects to slip or get squeezed together and worsen the pressure on key skills.”

There is a very varied picture across the UK, with Wales predicted to grow by 6.2%, and Scotland to decline by -0.4% each year. London remains a strong performer, growing by 2.4% each year, with employment growing by 6.6%.

Wales’ forecast growth of 6.2% – more than three times the national average – is largely attributable to the start of work at Wylfa and a series of major road improvements.

Scotland’s slowdown is due to major projects such as the Queensferry crossing and the M8 motorway coming to an end. In Northern Ireland, annual growth is expected to almost match the UK outlook at 1.6%.

“While we are forecasting slower growth for our industry than we were last year, employers will still be creating tens of thousands of new jobs. We will be working with employers to attract new talent into our industry and to train them for rewarding careers in the sector.

“While we have factored Brexit into this forecast, there remain many unknowns to life after leaving the EU. We will be working with our industry to understand what it means for our migrant workforce and what we must do to attract and grow more of our own.”