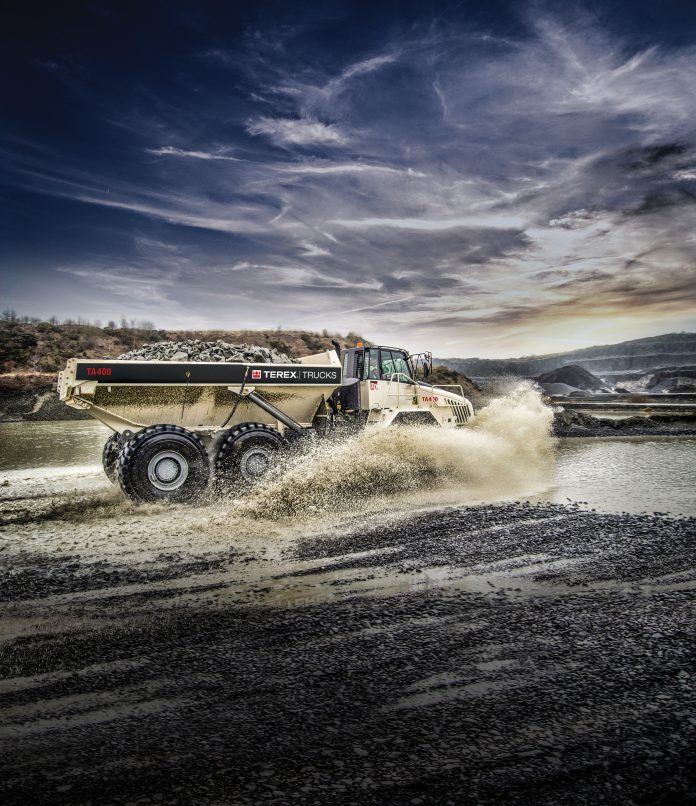 South Africa is the second-largest economy in Africa. With its busy project pipeline and a big mining industry, Terex Trucks is strengthening its presence in this key market and reinforcing its commitment to customers to deliver reliable articulated haulers that get the job done.

With the South African government prioritising infrastructure development, there is a lot going on in the country’s construction industry. The re-election of the African National Congress party in May is expected to bring stability and revive Africa’s most industrialised country following the economic slowdown. This has also affected the construction industry, which contracted by 1.2% in 2018. Experts believe that the government’s efforts to enhance transport, residential and industrial infrastructure through the establishment of a fund of over £21 billion (384 billion South African rand) will support the growth of the construction industry over the next few years.

The busy project pipeline coupled with the recent investments and improvements Terex Trucks has made in its products, people, processess and facilities make it the perfect time for the company to reinforce its commitment to customers and strengthen its presence in the region. “With so many new projects in the pipeline, we have identified South Africa as a key market for Terex Trucks,” says Roger Teece, EMEA Regional Sales Manager at Terex Trucks. “We want to reach out to new customers and introduce them to our robust, reliable articulated haulers as well as reinforce our commitment to existing customers in the region. With almost 70 years of expertise in this industry, Terex Trucks has recently made significant investments and improvements to ensure our TA300 and TA400 continue to support our customers in the toughest applications – our upgraded TA300 is just one example of this.” 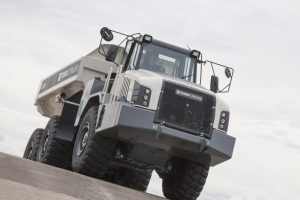 Terex Trucks’ two articulated haulers – the 28 tonne (30.9 ton) TA300 and the 38 tonne (41.9 ton) TA400 – are a popular choice among mining companies throughout South Africa, which mainly use the machines for coal mining. The country’s mining industry has historically been a driving force for South Africa’s development, and although investment in the industry has declined, it is still a big market – contributing £18.8 billion (344 billion South African Rand) to the country’s gross domestic product (GDP) in 2018.

“South African miners need powerful, robust articulated haulers that can perform in extreme environments – such as steep inclines in mines – and are simple to operate and easy to maintain,” says Roger. “This is why they appreciate Terex Trucks machines – because of their simplicity, quality and reliability. The straightforward engineering makes maintenance and servicing easy, without needing special diagnostic equipment. According to customer feedback, our long maintenance intervals and low total cost of ownership are factors that help drive purchasing decisions among our South African customers.” 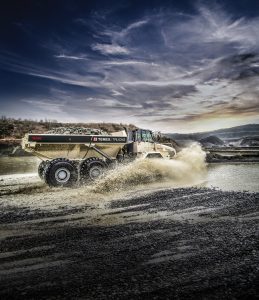 Towards the end of 2018, the TA300 was upgraded and it’s now manufactured with the latest EP320 transmission. The updated machine delivers a 5% improvement in fuel efficiency, a 5 km/h (3.1 mph) increase in speed to 55 km/h (34 mph), an extended maintenance period and enhanced performance when compared with the previous model. All of this means that customers can be more productive, achieving faster cycle times, lower cost per tonne and reduced carbon emissions.

The TA400 boasts a heaped capacity of 23.0 m3 (30.3 yd3) and is powered by a high performance, fuel efficient engine that develops a gross power of 331 kW (444 hp) and a maximum torque of 2,255 Nm (1,663 lbf ft). The planetary gear transmission provides smooth, efficient gear shifting for optimized fuel consumption and reduced cost of operation. Ground level test points and a fully tilting cab, combined with an electronically raised hood, ensure ease of service and reduced downtime.