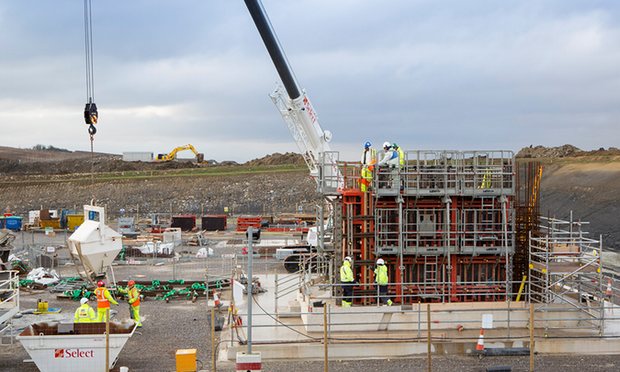 The boss of French energy giant EDF has said he understands the Government wanting more time to consider plans for a new nuclear power station.

Vincent de Rivaz has written to workers in a bid to reassure them that the £18 billion Hinkley Point project is still “strong ” despite the unexpected delay.

The company’s board narrowly voted to give the final go-ahead for the long-delayed project but the Government pulled back from signing the contract saying it would make a decision in the early autumn.

“We can understand their need to take a little time. We fully respect the Prime Minister’s method.”

The chief executive said his message was one of confidence and promised the project would deliver high-quality jobs across the country when it was finally built.

“The very good news is that we are ready. The board’s decision means that when the Government is ready to go ahead, we are ready too.”

Mr de Rivaz said he had met Business and Energy Secretary Greg Clark after the minister announced the Government would “consider carefully” all parts of the project before making a decision.

Mr de Rivaz’s letter said: “In April, I asked the project team in Britain and France to ‘stay mobilised – keep your motivation high. Remain the professionals you are, committed to the company’.

“We have never stopped the project and the teams kept working so that they could preserve the timetable. On the site we have continued to prepare and develop the site for the construction phase.

“My message today is one of continuity and confidence. The EDF Board’s decision is a huge achievement and one we should be proud of. Our journey is a long one and there is a further stage. Our job now is to maintain the courage, patience and dedication that have served us so well.”

Unions have warned that jobs are at risk, though Government sources insisted the delay had been agreed with the French.

Critics believe the Government has been stung by criticism of the amount of money EDF will be paid for generating power from Hinkley – £92.50 per megawatt hour of electricity generated.

It is thought there are also security concerns about the role of the Chinese state – which has a one third share in the project – investing in critical infrastructure in the UK.

Lib Dem former business secretary Sir Vince Cable said the Prime Minister had raised objections to Hinkley Point when they were in cabinet together during the coalition.

“Certainly, when we were in government, Theresa May was, I think, quite clear she was unhappy about the rather gung-ho approach to Chinese investment that we had, and that George Osborne in particular was promoting and, as I recall, raised objections to Hinkley at that time,” he told BBC Radio 4’s Today programme.

Sir Vince said the way the decision to delay was handled was “clumsy”, but it was right the situation should be reviewed.

“I think a lot of people were surprised, and probably a little bit bewildered as well,” he told the Today programme.

Mr Millett said he was now a bit nervous but expected the Government to go ahead with the deal.

“We are a little bit nervous. You have to remember in the business we do, projects do have ups and downs and there are hurdles. We thought the EDF board decision would be the last hurdle, this is a new hurdle that’s been introduced,” he said.