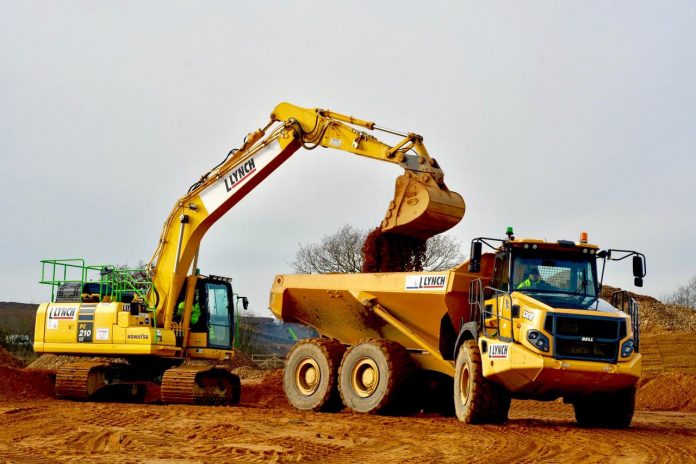 Machine guidance manufacturer, GKD Technologies has been supplying nationwide plant hire specialists Lynch Plant for the past 18 – months. Lynch had a previous supplier who were providing the company’s height and slew restrictor systems – but with machine safety requirements growing – Lynch reported that the old system was too basic for the increasing demands for safety and efficiency on busy job-sites. Steve Wright, Lynch Head of Service was looking at various options on companies that Lynch could potentially work with, and GKD Technologies, based in the South of England, were on the shortlist. 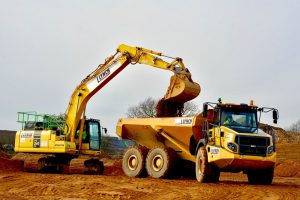 Chris Gill is Head of Key Accounts at Lynch Plant Hire, Chris procures all of the large plant and equipment for the company and his colleague, Steve Wright, procures the smaller equipment. Lynch’s fleet comprises over 1250 machines and the fleet continues to grow as the company expands.  Chris said, “2019 is a big growth year for Lynch and we anticipate an investment of £50Million in new plant. Our investment in GKD products is approaching £1Million in the last 18-months.” 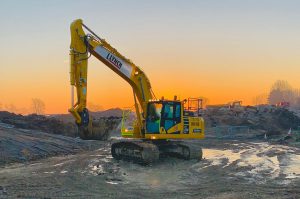 Chris commented on decision to appoint GKD as their preferred rated capacity indicator supplier, he said, “We are a large company and our requirements are changing on a regular basis.  We wanted to find a provider that could grow with us and meet all of our needs whilst remaining flexible.  GKD passed all the tests and ticked all the boxes. GKD’s plans are to grow as a business organically and continue to supply sustainably to Lynch for the next five to ten years.”
Chris added, “We also got customer and operator feedback who have used various systems and all the reports came back in favour of the GKD system for simplicity and reliability.  Operators pointed out that with the GKD system – it only took one explanation on how to set the system up and they were up and running!  Whereas competitors’ systems were complicated.
We have been training our staff, our service engineers, our operators and also our yard staff on GKD and the feedback has been really positive.  We are also focusing on upskilling workers.” 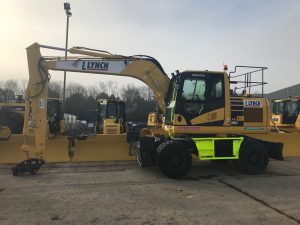 In 2018 Lynch purchased 80 GKD Height & Slew 2RCi systems, and this year to date, 25 systems have been installed and the company have estimated that by the end of this year the number will reach in excess of 200 GKD systems.
Chris reported, “These systems are fitted to a range of machinery brands such as Komatsu, Hitachi, Volvo, Caterpillar and Takeuchi machines. All of our ‘rubber ducks’ are fitted with the 2RCi system and we are planning to invest in another 40 wheeled excavators this year.  The majority of our zero tail swing excavators also have the 2RCi fitted – as we work on many ‘Smart Motorway’ projects around the country – where this type of safety system is specified.
We have also fitted several of the GKD 2RCi systems, which include envelope control, and the initial feedback we have had from the operators has been very good!”
GKD Technologies have full time installers assigned to Lynch Plant.  The machines are located all over the UK and installs on new machines are taking place every week nationwide. 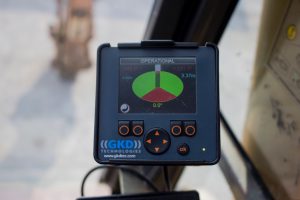 Lynch Plant operate on the bulk of the UK’s major infrastructure projects, including Hinkley Point C where the company has been operating for the past three-years, the A14 road project in Cambridgeshire, where Lynch are the preferred supplier and have over 150 pieces of machinery on site.  Also, Smart Motorway projects on the M6, M4 and M23 and Lynch are also carrying out a lot of HS2 enabling work from London to Birmingham.
Chris said, “Lynch have an ethos that we want everyone to go home safe including our drivers and anyone that comes into contact with our plant, so we ensure that the specification we put on our machines is industry leading.  Therefore, we select the best specification laid out by each of the major contracts and make it the ‘Lynch Specification’ – we pride ourselves on offering plant which is industry leading – allowing us to access the most high-profile contracts. Highways England specify that any machine working on one of their projects must have a height and slew restrictor if working near the carriage way, hence why there has been so much investment in new plant that is fitted with a GKD system.”
Future investment into GKD by Lynch Plant Hire includes RCi’s for mini plant and is planning to fit 30-50 systems this year.  GKD has already completed installations on some three-tonne excavators which were deployed directly to HS2 enabling works in London.