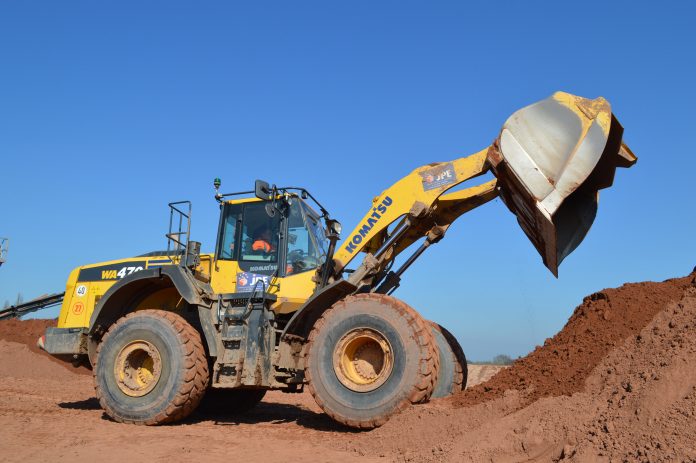 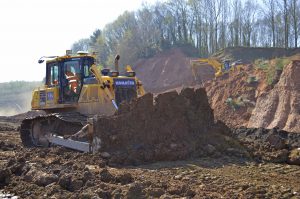 KOMTRAX is a free to use machine monitoring system that is fitted as standard into all new Komatsu equipment. It allows users to monitor all the essential information about their machine directly on their computer, smartphone or tablet.

JPE’s Shire Oak Quarry, located in Walsall, has a fleet made up entirely of Komatsu machines. The fleet consists of wheel loaders, bulldozers, dump trucks and excavators, including three Komatsu hybrid excavators.

After taking over as site manager in January 2018, Peter Perryman, has been determined to find ways to improve the site beyond what is usually expected from a quarry. Fortunately for Peter, Marubeni-Komatsu has a group of Product Support Representatives who are equally determined to help customers get more from their machines.

Soon after Peter had started working at the site, Richard Mayrick, their Product Support Representative, started sending them the monthly eco reports of the quarries fleet. In June he started to thoroughly analyse the KOMTRAX reports to review all the machines performance and efficiency and then made recommendations on areas that needed improvement.

The first thing Richard discovered was the machines spent over 70% of the time in P-mode, which is unnecessary and only required when operators need a slight power boost.  For example, a dump truck with a full load needing a bit more power to get up a steep hill or an excavator digging into hard materials. E-mode is an alternative working mode that still allows the machines to work efficiently whilst also reducing fuel consumption. 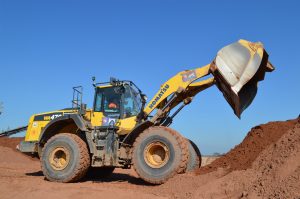 The operators were asked to only use P-mode when required, and this simple change resulted in the machines working in E-mode over 75% of the time. In this first month of switching to E-mode approximately £3,000 of fuel was saved.

The second thing Richard identified in the KOMTRAX report was the high idling time of the whole fleet. Over 300 hours were lost each month as machines sat idling. A high idle time doesn’t just waste fuel, it also means the company is losing money by not getting the most out of the operator they are paying for.  Furthermore, the machine will need servicing sooner and as the idling time contributes to the total working hours, when it’s time to trade in the machine this will affect the residual value.

Of course, it’s nearly impossible to completely eliminate idling times but there are many ways companies can reduce it. JPE have reduced their idling times by not using both bulldozers every day and instead using excavators to move the materials that the bulldozers would have, rather than sitting idling while waiting for the next dump truck to arrive.

They have also made sure that the ADT’s don’t follow each other and end up sat waiting whilst the first is being loaded.

One machine type which has managed to perform beyond expectations are the company’s bulldozers. Both D65PX-18’s managed to stay in 100% E-mode for the duration of October and November and recorded less than 10 hours idling time in the same months.

Another interesting benefit to the machines using E-mode and reducing idling time, is that the DPF filters on the machines are running more efficiently “There appears to be a misconception within the industry where people believe that machines must be running at high temperatures and power for the DPF to work efficiently. The results at JPE’s Shire Oak Quarry disregard this belief as the machines are now running at a more constant power and the DPF is running perfectly fine.” Says Richard Mayrick.

At the beginning of the project Richard was compiling the reports but he has now taught Peter and Anthony how to effectively use KOMTRAX independently.  They now spend just 1 ½ hours per week producing and analysing the KOMTRAX reports. 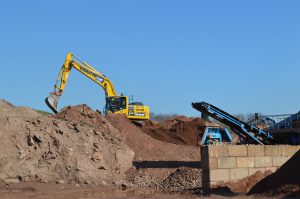 “We really think all companies who own Komatsu machines should be buying into it the technology and learning how KOMTRAX can save them money. Once set up it takes very little time out of our week and we have already managed to save an impressive amount of money. Richard has been a great help and it’s just one of the ways Marubeni-Komatsu adds value to their machines.” Says Peter.

JPE have been reducing their idling times and using E-mode more frequently for 12 months now and are already seeing the savings. So far, they have managed to save between £35,000-£40,000.

Idling times and working mode isn’t the only ways they could save money. JPE are continuing to work with Richard to find other ways in which the company can save money. Their next task is to analyse their use of ground engaging tools which can increase productivity and more.