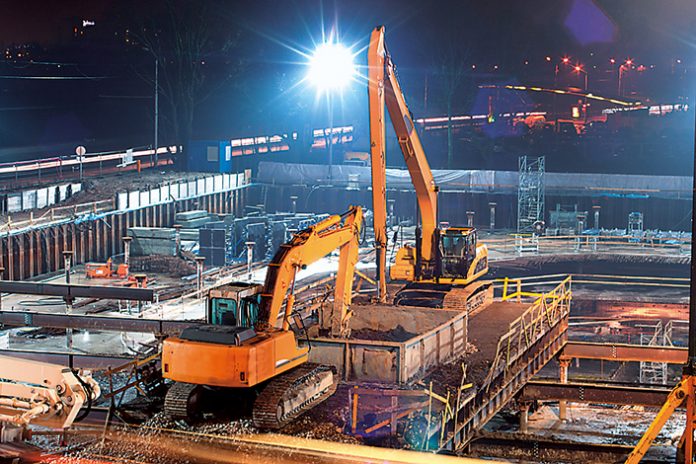 Britain’s information commissioner has reopened the file on construction industry blacklisting amid fears that the malpractice is still taking place.

Elizabeth Denham, who is charged with protecting data privacy, told the Guardian she has already “reviewed” her office’s papers on blacklisting since taking up the post in July.

The 57-year-old Canadian is so concerned by the scandal, which was seemingly settled in court this year, that she told staff to begin “a watching brief” on the construction industry to make sure the practice has ended.

Denham, who was previously the information and privacy commissioner for British Columbia in Canada, said: “I read about that case, I’ve looked into that case, and it was deeply concerning.

“That practice was deeply concerning to me, and we do have some follow-up plans and that’s all I can say right now: we are following up. I think the practice is something we have to be alert to checking, to make sure that it has ceased.

“It means keeping tabs, it means a watching file, a watching brief … It’s fair to say that I’ve reviewed that file.”

The blacklisting scandal hit the headlines when the Information Commissioner’s Office (ICO) raided a Worcestershire-based company called the Consulting Association in 2009.

The organisation kept a list of more than 3,000 workers, including details – often incorrect – of their political views and trade union activities that were used to vet them when applying for jobs. There were also notes on personal relationships and suggestions that workers were incompetent.

Some of the biggest names in the construction sector, including Balfour Beatty, Carillion, Costain, Laing O’Rourke and Sir Robert McAlpine, settled with the GMB, Ucatt and Unite unions this year on allegations of using the list. The companies denied blacklisting, arguing that automatic discrimination did not occur when the lists were used.

Nevertheless, the practice was rumoured for years. It is alleged to have gone on for more than four decades and the Consulting Association’s data stretched back to the early 1990s. Workers were checked against the list for jobs on publicly funded projects such as the London 2012 Olympic Park and the Millennium Dome.

Unite’s settlement saw 256 workers share more than £10m in compensation this year. GMB and Ucatt, which is the main construction workers’ union with 80,000 members in the UK and Ireland, received about £75m for 771 claimants in April.

However, it has long been feared that the practice is deeper rooted than the initial investigation found and that blacklisting continues.

The ICO is best known for making sure that companies and the government adhere to the 1998 Data Protection Act, and for monitoring the correct use of the 2000 Freedom of Information Act. It also tackles the misuse of personal data, meaning that blacklisting is within the ICO’s remit.

The GMB national secretary, Justin Bowden, said: “The GMB would welcome further investigation into the nefarious activities of systematic blacklisting of 3,500 trade unionists and environmental activists by the household names of the construction industry.

“We have always called for greater rigour by the ICO alongside a public inquiry, and for blacklisting to become a criminal offence punishable by prison and unlimited fines.”

Clive Lewis, the shadow business secretary, said: “Blacklisting in construction was an appalling scandal and the victims have never had full justice. That’s why we called for a full inquiry that could also consider whether the law itself needs to be changed.

“Ministers can’t just leave this to the information commissioner and it’s well past time they stepped in and took proper action, to ensure all those involved are accountable and this never happens again.”