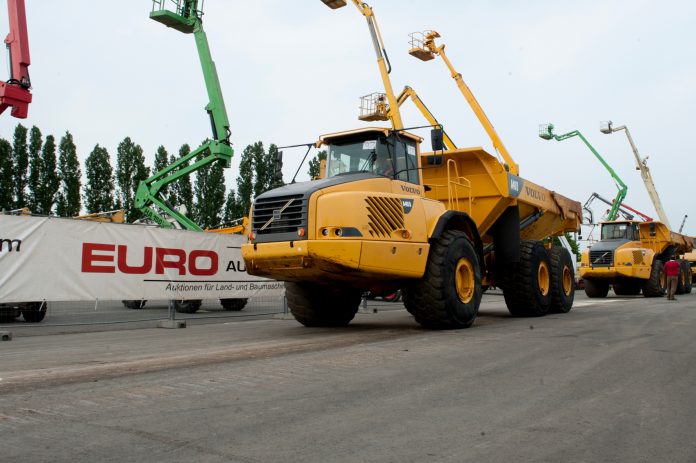 Euro Auctions announces 27-28th June as next Dormagen auction dates; as it looks to build on success of its popular mid‑April sale

Euro Auctions’ sales in Dormagen, Germany have consistently been popular, attracting bidders from right across Europe and beyond; so plans are now being implemented to ensure the next used construction and agricultural equipment sale on 27th-28th June doesn’t disappoint.

Approaching 1000 eager bidders from Germany, across Europe and further afield registered for the mid-April Euro Auctions event, fiercely competing for over 2,500 quality lots of used and ‘as new’ equipment that were consigned to the auction by almost 200 vendors from 29 countries; ultimately resulting in a final hammer total of over €9‑million.  Dormagen also hosted a timed online auction from the site on 16thMay which featured a wide selection of unused excavator attachments. 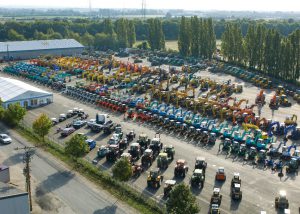 The last ‘physical’, two-day sale attracted many regular Euro Auctions attendees, with over one in three registered buyers being successful on the day. This sale also saw a high number of first time bidder registrations eager to buy with, two-thirds of whom completed deals at the auction, with the internet proving popular and over half of all winning bids being placed online.  This increase in online interest is also what is driving international growth in timed auctions and why Euro Auctions is adding events to its already busy calendar.

Over 95% of all lots from the ‘physical’ sale are likely to remain in Europe with bidders based in Germany and The Netherlands snapping up almost half the sales by value, closely followed by those in Poland, the Czech Republic, Romania, Belgium Portugal, Spain and Switzerland. Almost every other European country also took something, with consignments being shipped into the Middle East and North Africa and others going to Asia and North America.

“Dormagen was the company’s first venture outside the UK back in 2006 and auctions here have proved a popular alternative to buying through the established dealer network, with the used plant and construction equipment market remaining buoyant despite changing economic conditions,” stated Erik Kortum, Euro Auctions’ country manager for Germany. “We’ve seen steady growth across Europe over recent years with brisk trading and increased interest, particularly online, being recorded, and they have become permanent fixtures for many European customers. We now consistently attract well over 2500 quality lots for each ‘physical’ auction as consignors are confident that we can deliver the services they demand and realise a good return for them; while buyers can be confident that they can acquire quality, reliable, yet affordable equipment.” 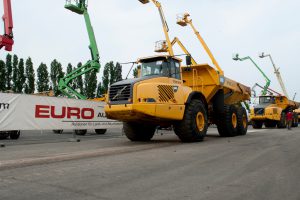 “We’ve seen record growth over the past 12-months around the globe including 20% year‑on‑year growth at our flagship Leeds, UK site that saw a record breaking €49‑million hammer achieved earlier in April,” stated Jonnie Keys, Operations Manager of Euro Auctions.  “Further afield we opened new facilities in both Dubai, United Arab Emirates and Hong Kong.  We also expanded activities in the US with the acquisition of the highly respected Yoder & Frey brand in January 2017 adding a number of sales and sites to our portfolio but more importantly opening up the now truly global reach of Euro Auctions which this year celebrates 20-years in business, will see over 75,000 lots being consigned by around 6,000 vendors, worth over €400‑million be marketed to over 150,000 potential bidders at around 60 auctions, including specialist off-site sales, around the globe.  For anyone who has never attended one of our auctions we would encourage them to come along and see for themselves the massive quantity and the quality of equipment we offer.”

The next auction in Dormagen is scheduled for 27th-28th June and this will be followed by an auction on 05th-06th September. Other upcoming Euro Auctions sales include: the next ever popular three-day sale in Leeds, UK between 4th-6th July;  two upcoming auctions in Australia the first on 21st June and then online sale on 19th July. In the USA there are sales scheduled under the YODER & FREYbanner in Ashland, Ohio on 07th June 26th and repeated on 19th September.  There is also one-day sales scheduled in Dubai on 17thSeptember and in Zaragoza, Spain on 19th September.  Hong Kong will also host a timed auction in mid‑September but the date for this is still to be confirmed – so visit the website for an update. All offer potential buyers a great opportunity to acquire some impressive lots with full details for consignors and bidder catalogues for these events available on the Euro Auctions website at www.euroauctions.comemail info@euroauctions.com or on +44 (0) 2882 898262.

Euro Auctions also conducts a number of offsite /customer disposal sales and timed ‘Internet only’ auctions. These all offer potential buyers a great opportunity to acquire some impressive lots.  Full details for consignors and bidder catalogues for all these events are available on the website at www.euroauctions.com email info@euroauctions.com or on +44 (0) 2882 898262.