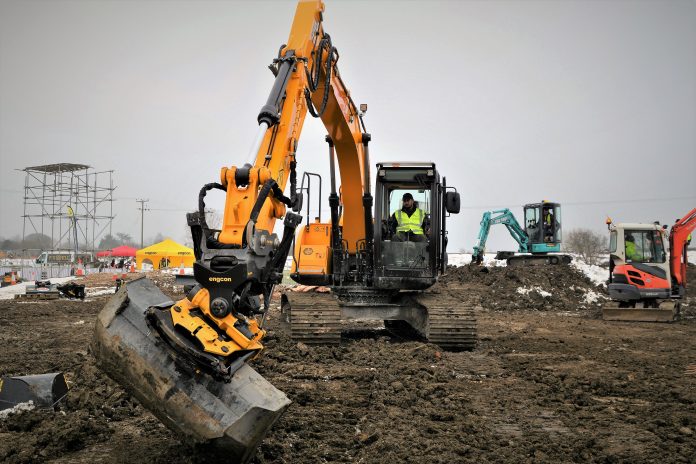 Seventy five intrepid digger enthusiasts braved the Beast from the East to have a go with tiltrotator equipped excavators at an open day in Tewkesbury, Gloucester, recently.

Tiltrotator digger attachments are virtually standard in Scandinavia and have grown exponentially in the UK over the last 12 months. Their popularity is driven by the increased range of movement they provide, allowing excavator owner-operators to undertake more complex tasks, complete projects faster and significantly increase their productivity. 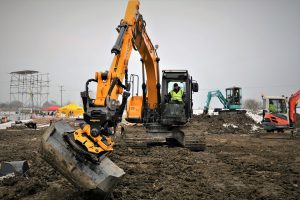 The open day, which was organised by Engcon UK in conjunction with Vally Plant Training, TC Harrison JCB, TDL Equipment and Exac-One, had a number of high-profile Engcon tiltrotator owner-operators on site to demonstrate their rigs for visitors.

Owen Mays, owner-operator of an EC206 tiltrotator equipped Takeuchi TB240, said: “The Dig Day was great. It was brilliant to see everyone getting to grips with tiltrotators and how much they can impact your working day. Loads of people stayed all day to have a go on every make of digger, it was and amazing turnout!”

Engcon UK Managing Director, Robert Hunt, says: “This event has been a while in the planning and we were determined it would go ahead despite the weather. Could you imagine us calling it off with just six inches of snow on the ground? We’d never live it down with our colleagues in Sweden! 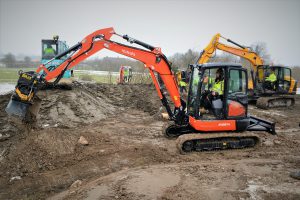 “I was truly astounded so many came along. Two thirds of our visitors had not been near a tilty before, but they all wanted a go on the seven diggers we had on display. We also opened the Engcon warehouse so visitors could get their heads around the full range of Engcon tiltrotators for diggers as small as 1 tonne all the way up to big 33 tonne machines – that really stunned people. Despite the Beast from the East, it was a great success and I’m looking forward to our next Dig Day!”

For more information about tiltrotators or details of the next Engcon Dig Day, call 01684 297168, or email uk@engcon.com.