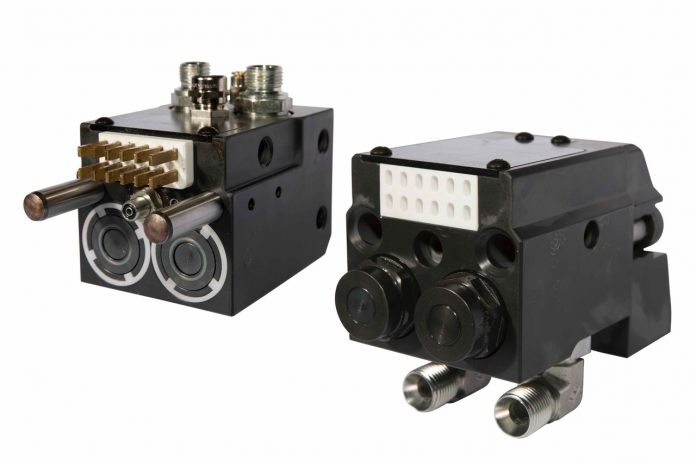 In the spring of 2018, Engcon announced that its automatic oil quick hitch system, EC-Oil, would be fitted as standard between its machine hitches and tiltrotators. Aiming to simplify tiltrotator connection and disconnection, the decision was welcomed by the industry. Now Engcon is going all the way – as of April 2019, EC-Oil will be offered free-of-charge as the standard connection between Engcon’s tiltrotators and hydraulic tools.

This decision means that excavator operators will no longer need to climb out of the cab and struggle with awkward, pressurised, messy oil connections whenever they connect or disconnect the tiltrotator or swap hydraulic tools beneath it. As a result, Engcon will be the only tiltrotator producer in the world to offer automatic quick hitches as standard at no extra charge.

“At the launch in 2018, I said that this was a giant leap for the excavator industry. The decision has been a great success! We’ve now come full circle, as the idea behind the EC-Oil standard has been around since the first sketches of our new generation of tiltrotators,” says Stig Engström, Engcon’s founder and owner.

Stay in the cab while connecting hydraulic tools

An automatic machine hitch from Engcon lets you quickly and conveniently connect hydraulics, electrical power and central lubrication between your excavator and tiltrotator without your having to leave the cab. Engcon’s customers are now also offered automatic hydraulic connection between the company’s tiltrotators and its hydraulic tools.

“EC-Oil means you can quickly and easily connect and disconnect the tiltrotator, not to mention hydraulic tools underneath it, without having to leave the cab. There are many combinations and everything is extremely safe and simple to do,” says Stig Engström. 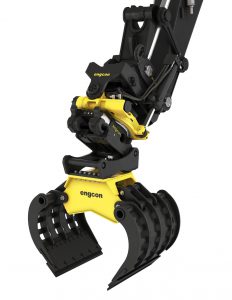 If the customer needs additional hydraulic functions or extra high hydraulic flow, Engcon’s quick hitches come ready for the addition of an extra EC-Oil block, which can be fitted retrospectively.

“It’s incredibly satisfying to finally be able to offer a full set of automatic quick hitches as standard. We want to provide a safer working environment for our customers, while also enabling them to be more efficient and earn more. It’s a natural step for anyone who wants to make their excavators even more profitable,” concludes Stig.

The EC-Oil standard will take effect from 8 April 2019. When ordering Q-Safe machine quick hitch and tiltrotator with controlsystem DC2 simultaneously, EC-OIL couplings are automatically included in the machine hitch and on the upper part of the tiltrotator.In addition,if a hydraulic tool is ordered in conjunction with the above combination,EC-Oil is also included as a free standard in the tiltrotator’s quick hitch (starting with QS60). All of Engcon’s hydraulic tools with QS45-QS80 will always include EC-Oil as standard.