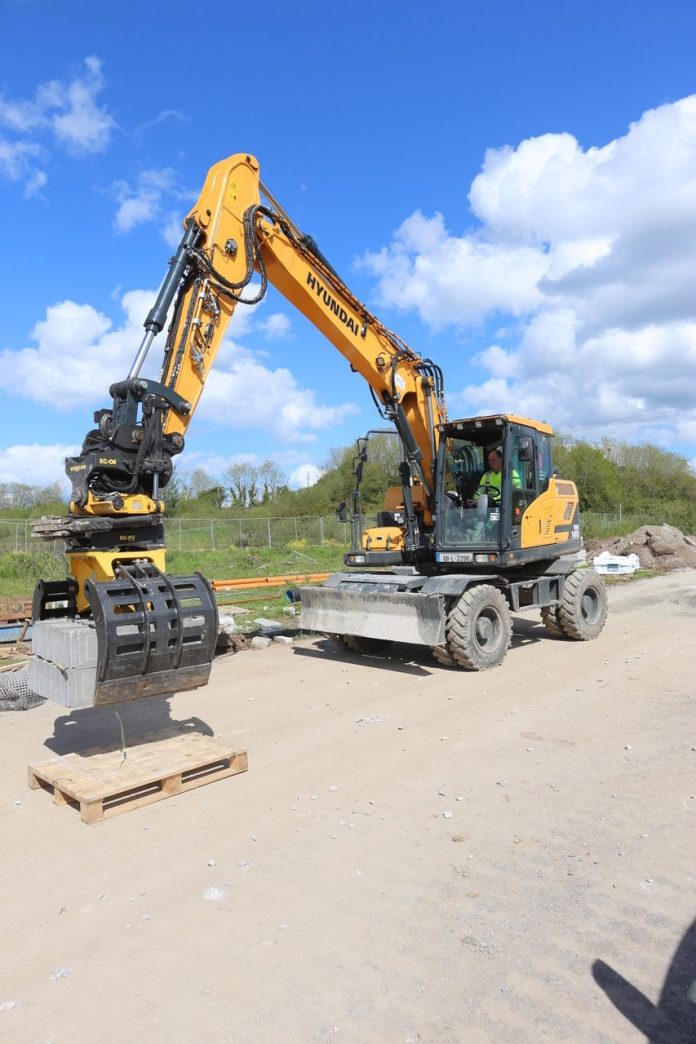 Working on a number of major infrastructure projects across Ireland, operator Richard Collins knows more than most the importance of flexibility in excavation work. It was this need to drive even greater productivity that first led Richard, of Collins Plant Hire and Groundworks Services, to invest in a tiltrotator.

Having initially trialled another manufacturer’s tiltrotator on his Hyundai HW140, Richard was looking for a unit which would deliver even greater cost and operational efficiencies. Richard’s search led him to Engcon, the world’s leading supplier of tiltrotators, who helped him find the right piece of kit for his Hyundai – its innovative EC219 solution.

Richard explains: “My work is predominantly focused on infrastructure upgrades, such as roadworks and large-scale civil engineering projects. As such, a lot of the work I do takes place in incredibly confined spaces, like the sidings of busy motorways for example, so I need my excavator to be as flexible and responsive as possible.

“I’ve been aware of the benefits of tiltrotators for some time, but Engcon is the first manufacturer to supply me with a unit which enables me to really explore their full potential. The productivity benefit of the EC219 was particularly brought home to me in a job I completed in County Cork.

“I was working as part of a team doing some major drainage operations in the region. Before the tiltrotator arrived on site, the crew were clearing between 80 and 90 metres per day. After we started using the excavator with the tiltrotator installed, we more than doubled that to over 200 metres a day – dramatically reducing the amount of time we needed to spend on site and making valuable savings on labour.”

Richard’s EC219 came with EC-Oil, Engcon’s innovative, but simplistic, system for the hydraulic and electrical connection of hydraulic tools and equipment. Designed for maximum operational safety in demanding environments, EC-Oil is perfect for an operator like Richard, who’s work takes him everywhere from roadside to electrical sub-stations.  The tiltrotator also has DC2 controls, Engcon’s highly-efficient proportional control system, and integrated ePS, enabling Richard to see the exact excavation area via the machine control system’s display in the cab.

Richard concludes: “I know some operators are reluctant to invest in a tiltrotator, especially those working solo. However, I can honestly say that the EC219 is worth every penny I spent on it. The operational streamlining it has helped me achieve has