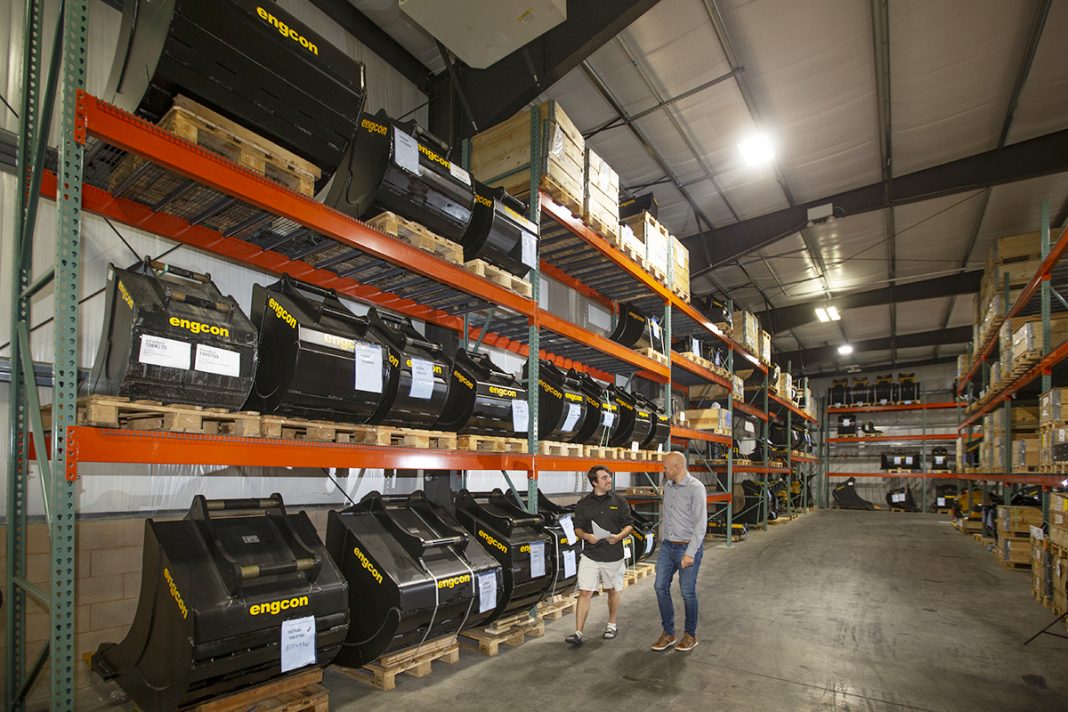 Despite challenging market conditions, interest in Engcon’s products in North America continues to grow. Enquiries increased after a very successful participation at Conexpo, this year’s largest trade show held in Las Vegas. The pace of growth means that Engcon North America (Engcon NA) has had to move to new, larger premises better adapted to meet the demands of the business with a larger warehouse.

The Engcon NA business continues to grow despite the ongoing pandemic contributing to one of the worst quarters in modern history. Interest in Engcon’s products remains positive and all indications are that sales will continue to increase in 2020.

“Engcon North America is in an expansive phase right now. We grew significantly in 2019 and had a very successful participation at Conexpo, one of the world’s largest trade shows. There, visitors got to test drive excavators equipped with Engcon’s tiltrotator and our other smart products. Interest in our products has increased since then, which means that we are now shifting to a higher gear with a new head of Engcon NA and new premises,” says Anders Smith, Regional Director at Engcon.

Morten Solgaard the new Managing Director of Engcon NA worked most recently with Scania – a Swedish OEM for heavy trucks and buses – where he held various roles for the past 22 years, primarily in the sales and service field. He is also familiar with the industry and the high demands placed on suppliers.

The expectations of Engcon NA’s new manager are that he, with his experience and leadership skills, will be an important cog in the wheel of the continued expansion in the North American markets.

“We have moved both offices and the central warehouse to a new facility in Hamden, Connecticut to handle our continued growth. The new premises are approximately 1,200 m² (13,000 ft²), three times as large as the previous one. But above all, the new building is adapted for our business,” says Anders Smith.

Despite the pandemic, orders to Engcon North America increased by 50 percent from January to June 2020 compared with the same period last year. Sales have increased to both small and large companies and to all sizes of excavators. Unlike last year when they were mainly sold to small machines, this year the demand has been for the entire range of excavators from 1.5–33 tonnes.

“There is an enormous potential to streamline excavation in North America. All players will benefit if the excavators become more efficient, more environmentally friendly and safer. Fitted with Engcon’s tiltrotator and smart accessories our goal is to “Change the world of digging” and hope that as many people as possible join us,” Anders Smith concludes.