Williams Martini Racing Formula One driver Lance Stroll today shared some of the secrets of his sporting success during a visit to JCB and the JCB Academy. 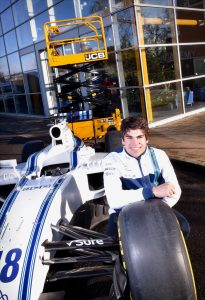 Stroll was just 18-years-old when, in November last year Williams Martini Racing announced he would drive for them. Then in June this year he finished third in the Azerbaijan Grand Prix – making him the second youngest man in history ever to stand on a Formula One podium.

Today he shared those experiences with JCB employees – including apprentices and graduates – during a question and answer session in the company’s theatre at its World HQ in Rocester, Staffordshire. 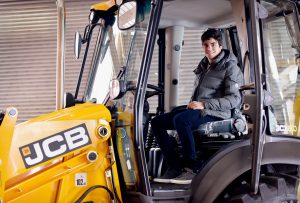 Stroll then headed to the nearby JCB Academy where he met and took questions from dozens of students before posing with the Williams Martini Racing’s Formula one car.
JCB Chairman Lord Bamford said: “Lance Stroll is the epitome of what can be achieved at a very young age through hard work and determination and Lance has only just got started. As JCB nurtures and develops its next generation of engineers, hearing about his success first hand was an inspiration to our young people.”

Canadian-born Stroll said: “It’s every boy’s dream to be a racing driver and I have had some amazing experiences in such a short period of time. If telling my story to JCB’s young engineers and JCB Academy students encourages them to aim even higher, I will be delighted.” 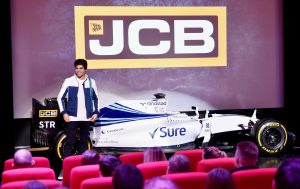 JCB has just completed its first year as a partner of Williams Martini Racing – offering the company huge opportunities to promote its brand around the world. As part of the partnership agreement, JCB branding appeared on the Williams Mercedes FW40 chassis and rear wing end plate. JCB also featured on drivers Felipe Massa and Lance Stroll’s race suits and helmets.

The partnership has helped JCB generate additional machine sales with new and existing customers from 32 different countries, with many of them attending races with JCB and events linked to Formula One.