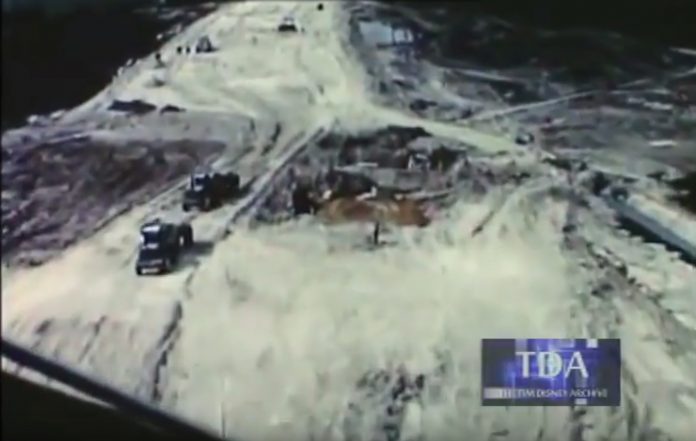 The John Laing & Son Company, widely known simply as Laing (pronounced Leng), always dated its origin to 1848, when James Laing, a stonemason of Scottish descent, built a home for his family in Cumberland. His sons continued the building trade under the family name in Carlisle, but it was James’s grandson, John William Laing (1878-1978), who really established the firm as one of the biggest civil engineering and construction companies of the 20th Century. Both the First and Second World Wars gave the company civil contracts on a larger sale than anything they had attempted before, while their interwar years were marked by a period of considerable growth and investment in house building. These factors left Laing in a prime position to capitalise on postwar recovery and expansion projects in both the private and public spheres.

The company kept roots in Carlisle, but moved its head office to London at Mill Hill in 1926. Sir John (knighted in 1959) constructed many houses in the area, including his own home, and also built a new church. Brought up in the Brethren, Sir John was a deeply religious man who brought his faith and principles into his working life. A significant proportion of any profit he made went to charitable organisations and he was considered something of a model employer, providing staff outings and paid leave to his employees when such things were uncommon. His sons, Kirby and Maurice Laing, joined the company in the 1930s, continuing the family nature of the business both before and after Sir John retired from business in 1957.

Sir John was also a keen advocate of film, and the company documented much of their work on camera in a range of productions for internal and external audiences. Through the 1950s and 1960s, Laing consolidated and expanded their reputation by completing a series of massive civil engineering projects, and many were captured on film. Britain’s first long-distance public motorway, the M1, featured in two Laing films, Major Road Ahead (1958) and Motorway (1959). Britain’s first commercial nuclear power station at Berkeley was filmed under the title Building For The Nuclear Age (1960). Early productions used external film production companies specialising in industrial promotional films, but Laing soon had its own film unit operating out of its public relations department.

At the same time, the company were investing heavily in industrialised building systems, for home, office and school construction. Each system used automation and pre-fabrication to speed up the process of building while reducing the reliance on expensive, scarce and heavily unionised skilled labour. The company had in fact been using the ‘Easiform’ system to build concrete houses from steel shutter moulds since the 1930s, but the 1960s saw an expansion of schemes such as ‘Sectra’ and ’12M Jesperson’. The investment included the production of a variety of sales, promotional and training films, such as Building Homes (c.1950) on Easiform houses, and 17,000,000 New Homes by 1999 (1966) on the 12M Jesperson system.

Within the company, the films fulfilled a valuable communications role for employees spread across a wide variety of national and international jobs. Motorway, for example, goes to great lengths to thank the workers at the end of the film, and the production is clearly intended to be a visual testimony to the company’s achievement. Other films were intended for purely training purposes, such as Sectra Industrialised Building (c.1966) which features a step-by-step recreation of this building process.

But many films also featured a wider public relations and sales role, for example, Bull Ring Shopping Centre (1965), which portrays the Birmingham retail development as a visionary project destined to revolutionise shopping and the modern city centre. Such a message is not intended for local residents and customers of these new stores, but for the potential customers of Laing itself – private and local government developers who could commission the massive civil engineering projects that made up the greater part of the company’s profits. In Where You Live (1968), the company use film to tackle negative propaganda about system-built housing estates, offering a debate on the issues surrounding homes, housing and planned communities.

The company switched from film to video in the 1980s, recording a number of smaller scale sales and communication films, made available from Laing’s own film and video library.