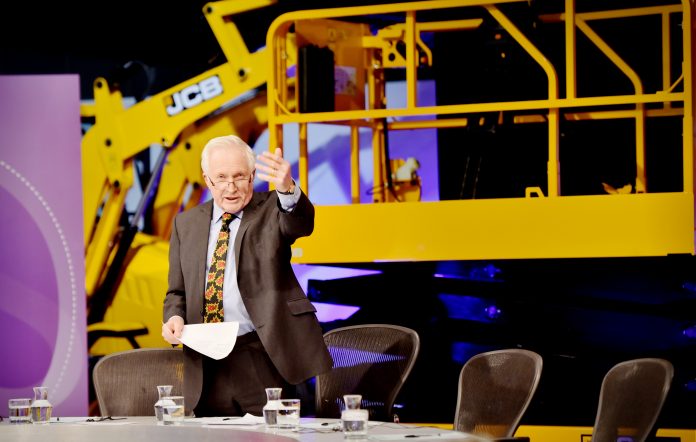 JCB was put in the national spotlight last night when the company played host to BBC One’s          Question Time. 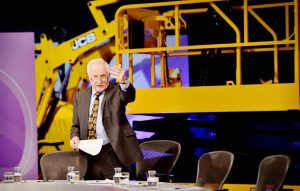 JCB CEO Graeme Macdonald said: “It was a pleasure to host David Dimbleby and BBC One’s Question Time at JCB. The JCB’s Innovation Centre is where the ideas for our products are brought to life and the industrial setting provided an ideal backdrop for the programme.”

Global Major Accounts Executive Olivia Grey, 25, of Barton under Needwood, said: “It was a very enjoyable evening and I was really pleased I applied to be in the audience and was able to watch the debate in person.”

Question Time has been an enduring part of the British television landscape for nearly 40 years during which time JCB has gone from producing almost 7,000 machines a year to more than 70,000 annually, making the company one of Britain’s biggest exporters and manufacturers. Question Time was first broadcast in 1979 and David Dimbleby has presented it since 1994.