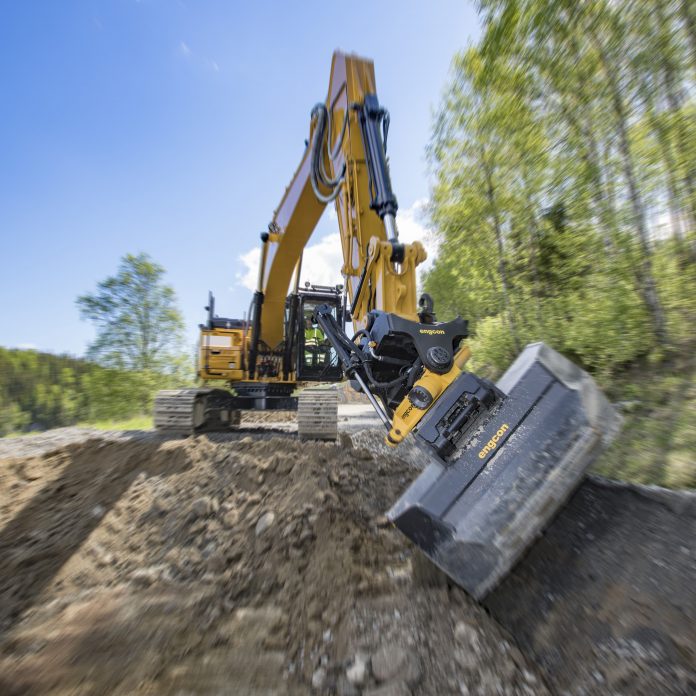 Engcon, the world’s leading tiltrotator manufacturer, has announced that the new EC233 series tiltrotator is in full production. With a break torque of 340 kNm it will be the market’s most powerful tiltrotator built for excavators up to 33 tonnes. The EC233 replaces Engcon’s EC30, which has been loyally serving Engcon’s customers since the mid 90’s. 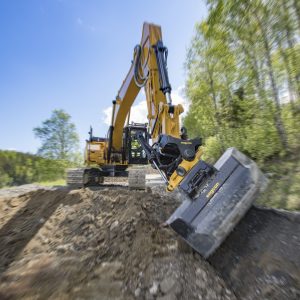 Robert Hunt, Managing Director of Engcon UK added: “The EC233 tiltrotator for excavators over 26 tonnes is a fantastic product.  Combined with our standard QS70 and QS80 quick hitchs, which are now fitted as standard with Engcon’s EC-Oil automatic hydraulic and electrical coupling, we have started taking orders on the EC233 already. We’re expecting this tilty to be very well received”.

“Everything from first prototype to full series production has gone very well,” says Fredrik Jonsson, Development Manager at Engcon. The product development cycle was focused on destructive tests where both mountings and connectors were exposed to extreme overload in laboratory environments. Testing then continued on large excavators in the field.

Jonsson explains how it works: “We always start by putting our test products under huge stres in a powerful hydraulic rig where we overload the unit in a controlled environment. It gives us a clear picture of where any structural flaws may exist”. 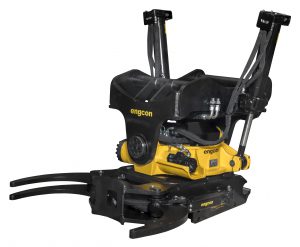 When the laboratory tests are complete, a number of prototypes are fitted to big excavators to enable further testing in how the tiltrotator operates in real life environments.

“Even though we have subjected the equipment to some serious pressure in a laboratory environment, things happen in real life that you can’t always anticipate in the lab. It’s everything from changing temperatures to an infinite number of stresses that can’t be simulated easily, but the EC233 has sailed through development” said Fredrik Jonsson.